Developments at the new site of University of Physical Education’s (UPE) have begun in accordance with plans. The new sports facilities will not only be able to host trainings and competitions but they have also been designed to harmonize with the landscape. 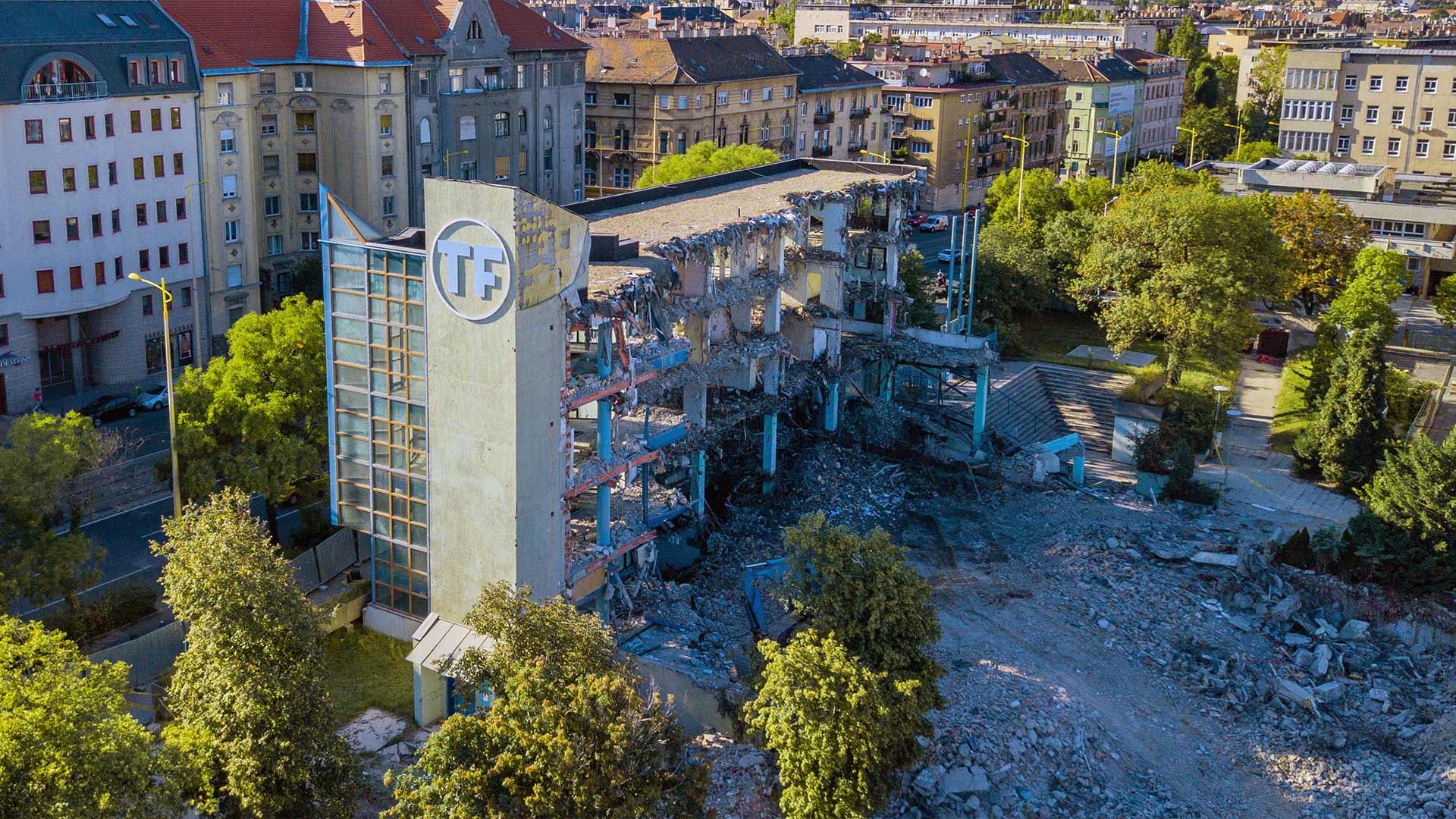 As part of the University of Physical Education’s (UPE) development plan regarding the construction of new sports facilities near the central campus, a 1,500-seater multi-sports hall with 200 parking spaces located in an undergound car park, a grass athletic field, a football ground with synthetic grass and two outdoor tennis courts will be built.

The construction work, which will be carried out by ZÁÉV, is set to begin near the central university building in Csörsz street in the 12th district. The development has been planned for long but construction can finally be launched by one of Hungary’s most significant construction company. The sports ground named after Jenő Koltai, which served as a training ground for UPE’s students for many years in the past, will completely be rebuilt near Buda’s significant transport hub BACH-csomópont.

When preparing the bid, UPE demanded that the new facilities should also be suitable for disabled students so that their preparations for the Paralympic Games can be supported. Regarding the education units, rooms for sport movement analysis equipped with special educational technology will be created.

However, it is not only the site at Csörsz street that will be redeveloped. One of the buildings constructed in the 1980s at the central campus is being demolished so that brand new buildings can be erected. The five-storey building known as ‘the glass building’ was completed in 1987 and it preserves sweet memories for many.

“I remember moving in the new building more than thirty years ago. It was not today for sure,” said Dr. Gábor Pavlik, who has been teaching at the Health Science and Sports Medicine Department since 1973.

Mr. Pavlik, who also acted Hungarian waterpolo team’s doctor in the period between 1983 and 2008, revealed some facts known only by few.

“Before the glass building was opened, our department had been located on the first floor of the old building. The windows looked to the Sports Medicine Institute and I remember conducting tests on animals. When we moved to the new building in 1987, I changed strategy so I started to work with humans. I worked in a laboratory and a medical office, and I created an environment that enabled me to treat three patients at the same time. The heat in the room was unbearable in the summer but I though I would be able to manage it for three months mainly because we were on holiday for two months. The building was always busy as sports doctors received a lot of patients at that time. The lobby downstairs was an iconic part of the building where I held unforgettable anatomy and physiology seminars, not to mention the lectures on the Olympic Games as well as the legendary TF college fest. In addition, a number of scientific conferences were held here.”

Once the building has been brought down, the construction site will be closed down for the next 1-1.5 years. When the winner of the tender procedure is announced, construction works will continue, as a result of which an athletics hall, a gym, a hall for ball games as well as a 50-metre swimming pool equipped with a practicing pool will be raised.

And a video about the current state: