/ News / News / "Sport in politics and throughout history" conference

"Sport in politics and throughout history" conference

On the 21st and 22nd of March a conference was organised in the castle of the noble Károlyi family in Fehérvárcsurgó with the title “Sport in politics and throughout history”.

Our Faculty was represented by two lecturers: Nikoletta Sipos-Onyestyák, assistant professor at the Department of Sport Management and Recreation and Mariann Bardocz-Bencsik, PhD student.

Among the international lecturers there were officers of international and national sport organisations (like FIFA and SportAccord), a representative of the European Council, historians, diplomats and researchers from nine European countries. They came together to discuss this highly interesting topic of sport and politics and share their knowledge. The event was organised by the Károlyi Foundation and the French Institute of Budapest and it was supported by the British Council and the Goethe Institute of Budapest.

It was held under the High Patronage of the Secretary General of the Council of Europe, Mr. Thorbjørn Jagland, and a message from Joseph S. Blatter – the President of FIFA - was delivered to the participants.

Nikoletta’s lecture was held  in the section entitled "Olympic Games as the prey of politics". The title of her presentation was, "In the shadow of the Party - Hungarian political organizations and the Olympic Games in the small Cold War". 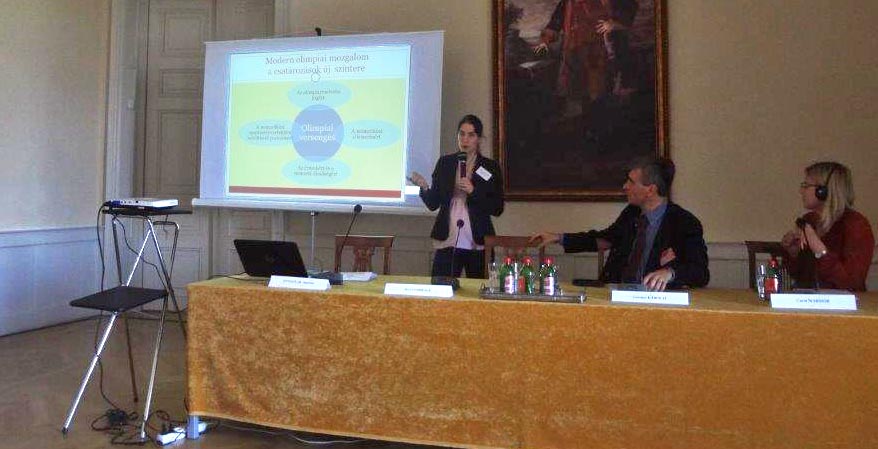 Mariann held a presentation in the section called "Sport and society". Her presentation was entitled "The results and challenges of the development and peace through sport movement". She described its history, its development and the map of stakeholders of the field, then she spoke about the challenges that the sector is currently facing. She highlighted the importance of using sport as an educational tool to reach global development goals, however she also stressed that we have to take into account its limitations. She said that the actors of the field should set realistic goals for their iniviatives and should have a proper work plan, regarding the delivery, the budget and the sustainability of their initiative. As closing, she showed a short movie about one of her favourite SDP initiatives, the Soccket ball, a soccer ball that generates energy by kicking it. 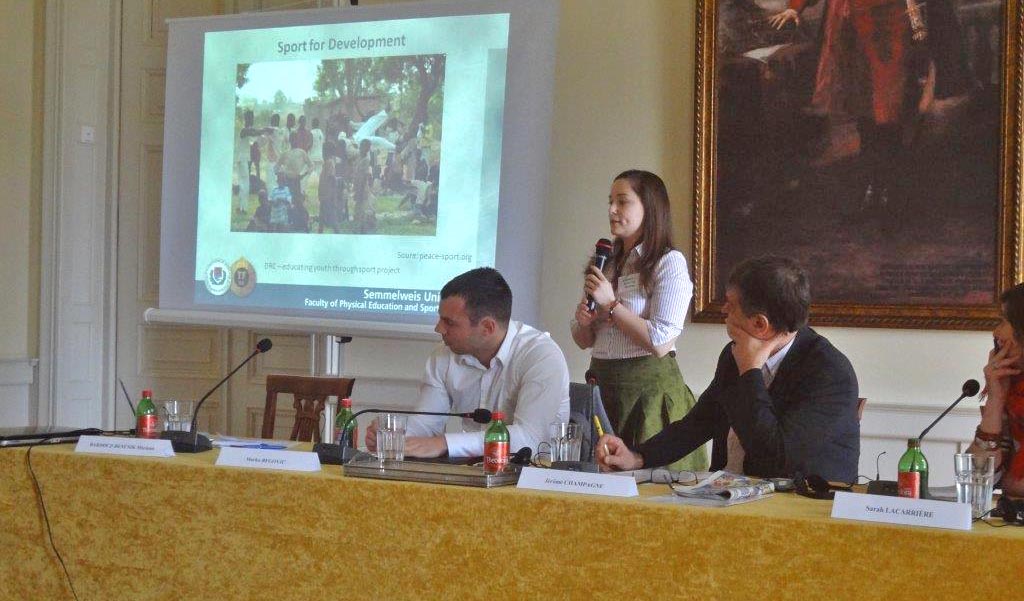 Both presentations generated great interest in the audience, therefore their sections were followed by lively discussions.

The presentations will be published in a conference publication later this year.